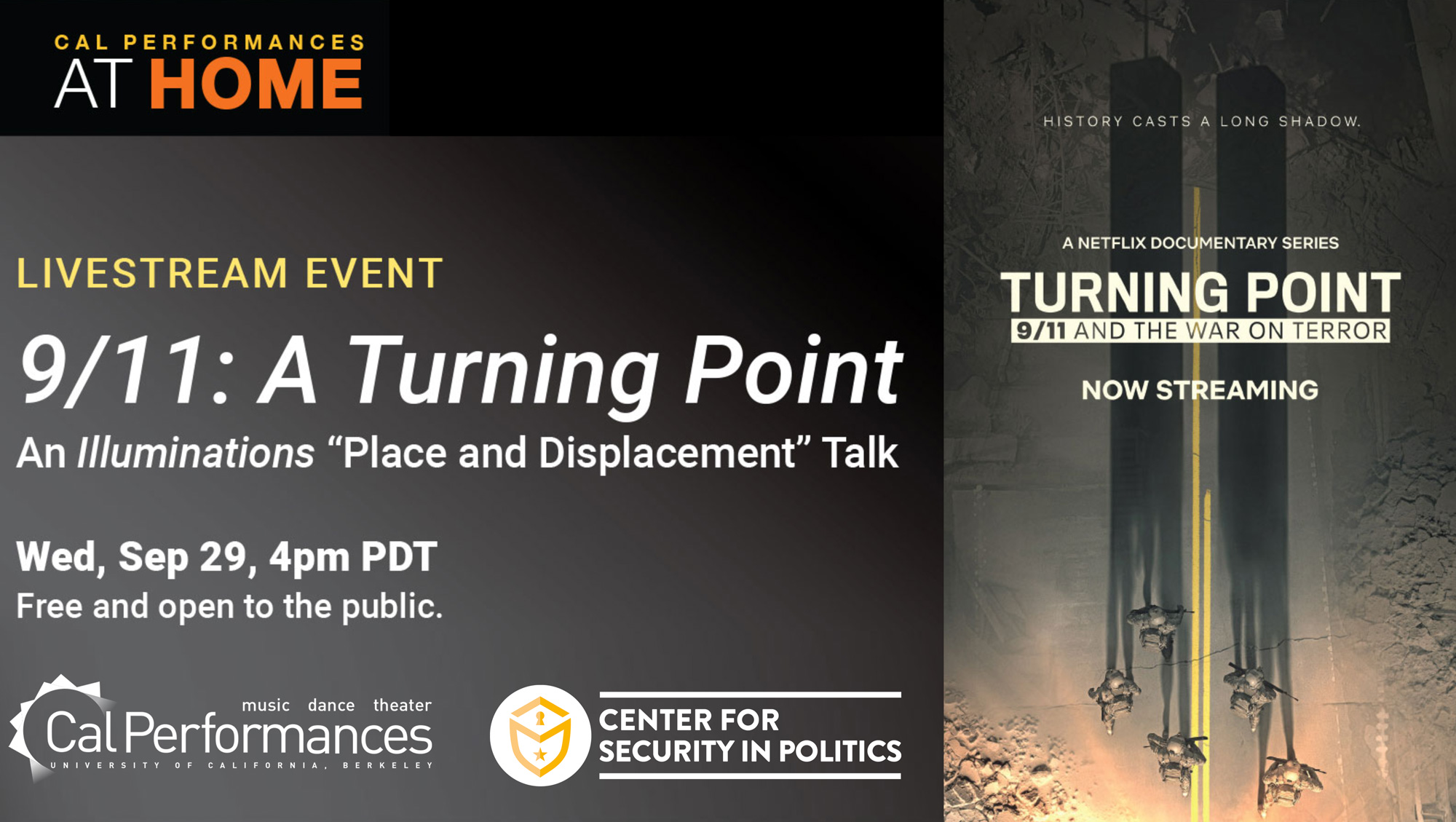 The livestream can be viewed via Vimeo here, or on the Calperformances page, here. 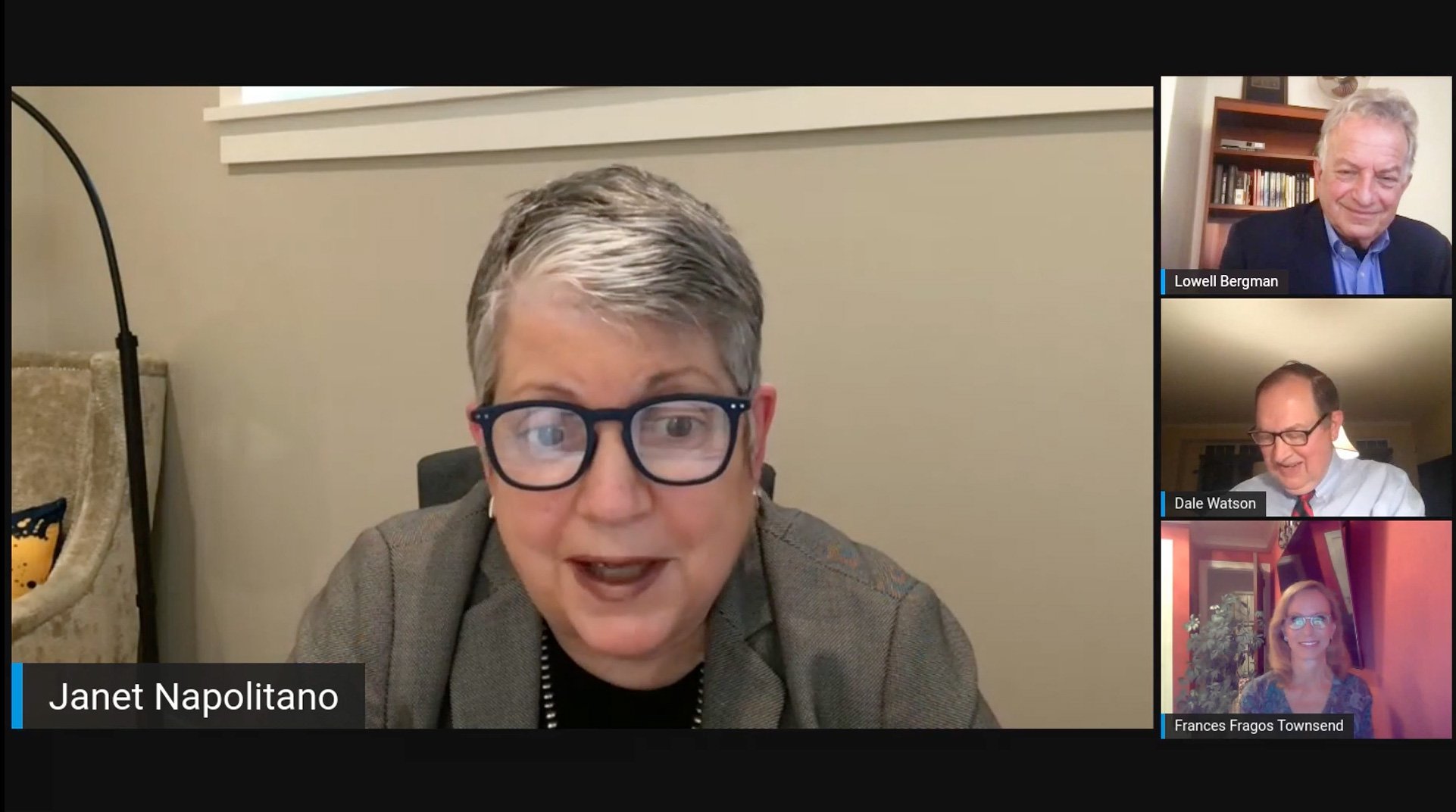 September 11, 2001 thrust the United States into a new era: the War on Terror. The attack was not a bolt from the blue; it sprang from a destabilized Afghanistan and the rise of Al-Qaeda. The day proved a stunning turning point, triggering the U.S. invasion of Afghanistan and, later, Iraq.  At the chaotic conclusion to the U.S. wars in Iraq and Afghanistan two decades later, America—and the rest of the world—grapples with twenty years of destabilization and displacement, and an equally-long train of movements of people, including the creation of an immense new population of refugees.

Join us for our first Illuminations: “Place and Displacement” event of the season, a special panel discussion with the filmmakers and key participants of Netflix’s new hit documentary Turning Point: 9/11 and the War on Terror, chronicling why 9/11 happened and the day’s consequences. Moderated by UC Berkeley’s own Lowell Bergman, emeritus professor of journalism and an executive producer of the Netflix series, the panel will also feature special guest commentator Janet Napolitano, the former Secretary of Homeland Security and president of the University of California.

This special livestream event is hosted by Cal Performances and the Goldman School’s Center for Security in Politics with support from the Institute of International Studies.

This talk is free and open to the public, and features a Q&A session with the panel.

Cal Performances 2021-22 Illuminations: “Place and Displacement” series of programming examines the fraught and often devastating effects of migration, exile, dislocations, and separation, on both hyper-local and international scales,  through five main stage performances and related online and in person programs with artists, creators, scholars, activists, and thinkers who are part of the outstanding brain trust that is the UC Berkeley community.

Go Beyond the Stage with behind-the-scenes artist talks and interviews, lectures and public forums with UC Berkeley faculty, recommended reading, and other interesting connections to Cal Performances’ events and programs.