A fireside chat with Janet Napolitano, former Secretary of Homeland Security, and Mark R. Warner, US Senator from Virginia. 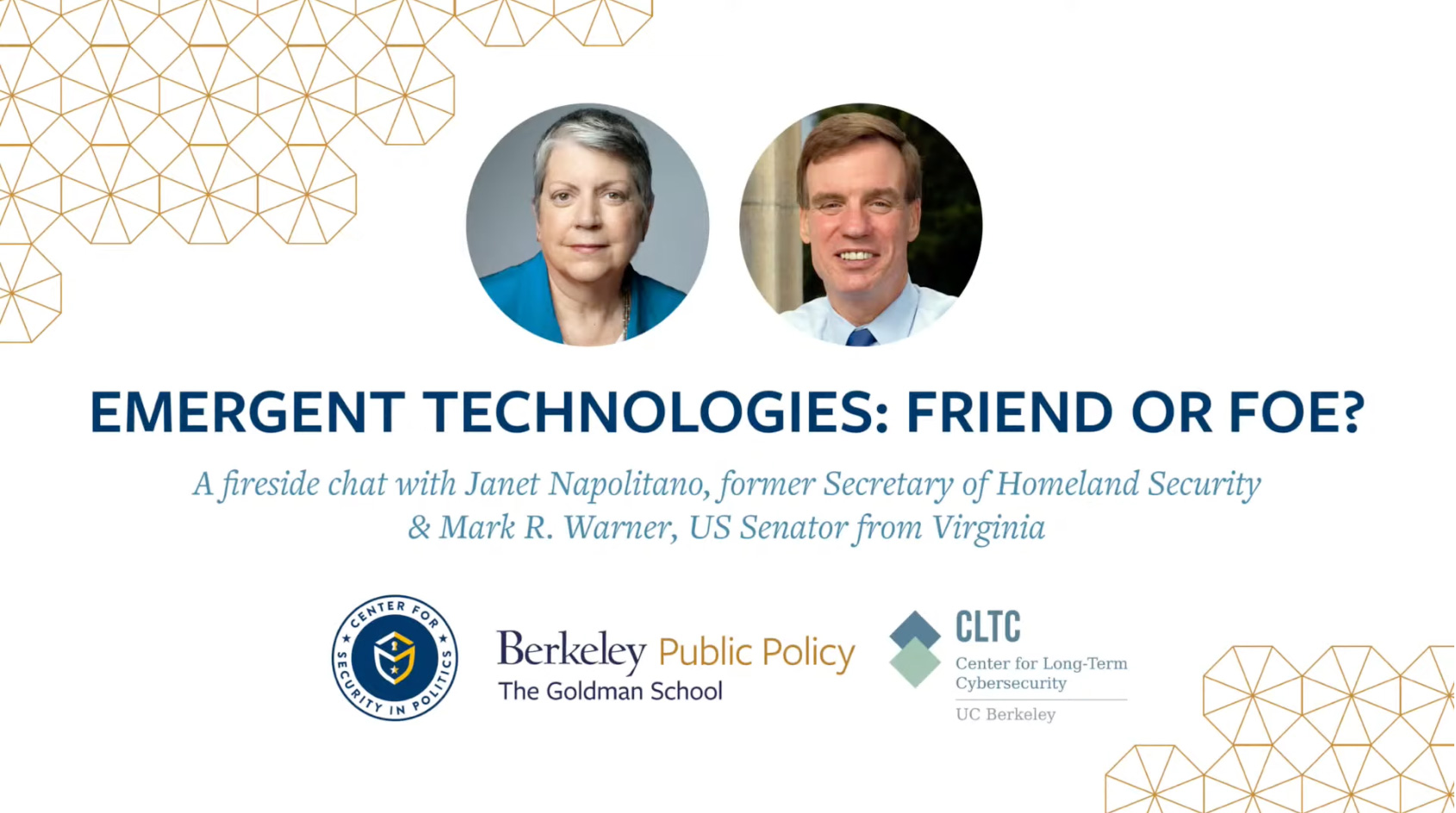 Join Secretary Janet Napolitano and Senator Mark Warner for a discussion about the risks and opportunities of emergent technologies for voting, political engagement, and more. Must innovation and security always be at odds? Is there a way to find a balance between the two? Tune in for what promises to be a fascinating conversation between two national security experts and lifelong public servants.

Submit a question to the panelists.

Janet Napolitano is a Professor of Public Policy at the Goldman School of Public Policy at UC Berkeley where she directs the Center for Security in Politics. She served as the twentieth president of the University of California, the nation’s largest public research university with ten campuses, five medical centers, three affiliated national laboratories, and a statewide agriculture and natural resources program. Prior to joining the University of California, President Napolitano served as Secretary of Homeland Security from 2009 to 2013. She is a former two-term Governor of Arizona, a former Attorney General of Arizona, and a former U.S. Attorney for the District of Arizona.

Mark Warner was elected as the US Senator from Virginia in November 2008 and reelected to a third term in November 2020. He serves on the Senate Finance, Banking, Budget, and Rules Committees as well as the Select Committee on Intelligence, where he is the Chairman. From 2002 to 2006, he served as Governor of Virginia. The first in his family to graduate from college, Mark Warner spent 20 years as a successful technology and business leader in Virginia before entering public office. An early investor in the cellular telephone business, he co-founded the company that became Nextel and invested in hundreds of start-up technology companies that created tens of thousands of jobs.

This event will have closed captioning. If you require an accommodation for effective communication or information about campus mobility access features in order to fully participate in this event, please contact Hannah Yung at hannahty@berkeley.edu. Please contact us at least 7-10 days in advance of the event, and provide as much advance notice as possible.