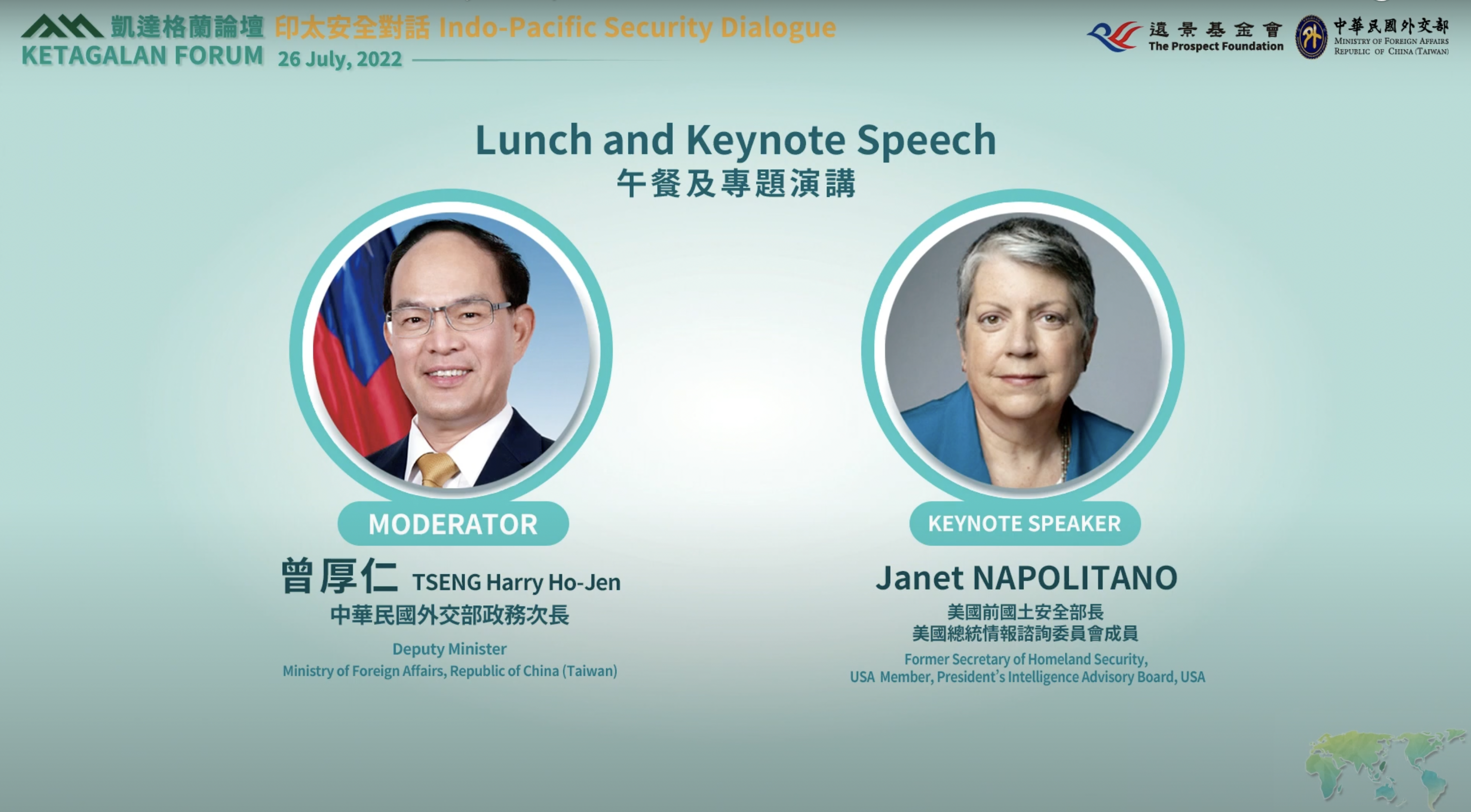 The Ministry of Foreign Affairs (MOFA) of the Republic of China (Taiwan) and the Prospect Foundation will be hosted the Ketagalan Forum—2022 Indo-Pacific Security Dialogue at the Grand Hyatt Taipei on July 26. Through this event, the government of Taiwan hoped to enhance cooperation and dialogue with all relevant parties to jointly maintain and advance peace, security, and prosperity in the Indo-Pacific.

With the global COVID-19 pandemic gradually abating, this year’s forum was a hybrid of videoconferencing and in-person participation. Prominent guests were invited to deliver keynote speeches in Taiwan and was joined virtually by key political figures, parliamentarians, scholars, and experts from relevant countries. Discussions focused on the new cold war between democracy and authoritarianism, responses to the impact of the Russia-Ukraine war on the Indo-Pacific order, and how the US-China rivalry and sanctions on Russia are affecting and reshaping the global economy. The forum also featured a dialogue among Taiwanese, US, and Japanese lawmakers, underscoring the importance of trilateral cooperation.

Source: Ministry of Foreign Affairs (MOFA) of the Republic of China (Taiwan)